Veredictum.io is developing a smart ownership & distribution platform to protect film and video producers from piracy and theft. They aim to reduce film piracy and theft by 80%. Focusing on:

Sorry, detailed technology about VNT Chain is not currently available

Sorry, detailed features about VNT Chain is not currently available

Veredictum wants to create a method for implementing a registered content search engine for the purposes of tracking, where videos move within a targeted subset of the internet. The method relies on an initial, centralised, file indexing service which examines publicly-facing web servers to determine when new video and audio files have been made available.

A distributed network of cooperating computers (nodes) then download and inspect all of these new files to determine which have been watermarked. Results of this process are made available to subscribers of the service who wish to understand where their watermarked material has moved, legally or otherwise. Given that the distributed computation network is incentivised, Veredictum has also presented a mechanism for ensuring the veracity of returned results through the use of deposits and revalidation of computations.

Veredictum works in two key phases:
1. Content Encoding and Registration: In the first phase, content is encoded with a
unique identifier using a centralised server.Then register this identifier to a public
blockchain (e.g. Ethereum) and distribute the content to its intended destination.
2. Content Search and Reporting: Search, download and review a number of suspect
video files using a set of incentivised computers, and report results back to the
subscribers of the service. Coordination of this phase is centralised and the computational effort is distributed. 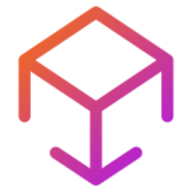